England head to Rome on Saturday night to take on Ukraine in the quarter-finals of Euro 2020, so let’s take a look at Paddy Powers Power Prices!

Playing in just their fifth quarter-final in ten attempts at the European Championships is England. They take on a Ukraine side that finished third in their group and then beat Sweden in the Round Of 16.

England are coming into this one off the back of a big win at Wembley against Germany. This is probably their best chance of reaching a major final, as if they win this they would play either Denmark or the Czech Republic in the semis.

Southgate’s side are the favourites to win the game with Paddy Power. They are 2/5 to win in normal time and 1/5 to qualify for the semis. Ukraine on the other hand aren’t given much of a chance. They are at 15/2 in 90 minutes and 7/2 to get through.

The two sides have met seven times before tomorrow nights game. England have won four with Ukraine one and the last two games have both been draws.

Harry Kane, Raheem Sterling & Mason Mount to have 1 or more shots on target each (2/1)

Both Kane and Sterling scored in the last game and even though this is an easier game on paper, it’s still not one to start dropping your key players in. Mount was on the bench last time and has only missed the last two games due to illness. With Phillips and Rice both on yellow cards, we expect Mount to start tomorrow. Against Ukraine England should see a lot of the ball and all three of these players fancy their chances from distance.

This was at 7/1 last game and it came in with Maguire hitting the target off of a corner. With England likely to see a lot of the ball in Ukraine’s half, they should get freekicks and corners. Standing at six foot four, Maguire is the man England aim for off of set pieces. He is hard to mark due to his size and he even scored in the quarter-finals at the 2018 World Cup with a header.

This man’s summer just keeps getting better and better. He has scored three goals now for England and has each time been the first goalscorer. England are playing to his strengths, getting in behind and stretching defences. Sterling makes very intelligent runs into space as he has shown with all three of his goals at Euro 2020 and would love to get more to chase for the Golden Boot.

The Man City defender is very versatile and plays in a number of positions for Ukraine. Zinchenko scored in the last game for Ukraine and is a threat in front of goal. On top of this, he knows a lot of these players from playing in the Premier League so it’ll mean that little bit more to him. If the game starts getting a away from Ukraine tempers may start rising and Zinchenko isn’t afraid to make a tackle or two! 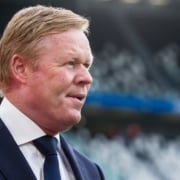 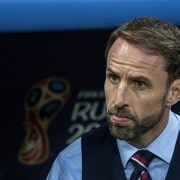 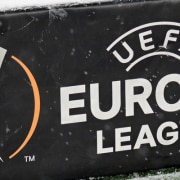 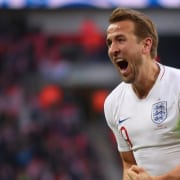