The last of the four golfing majors takes place this weekend at Royal Portrush and Paddy Powers have some new specials to celebrate The Open!

The Open is oldest out of the four majors and this weekend it’s in Northern Ireland for only the second time. With it being there, McIlroy isn’t just the fans favourite but also the bookmakers. Just behind the 8/1 favourite is world number one, Brooks Koepka at 9/1.

However, sometimes you don’t always just want to bet on an outright winner. This is where Paddy Power have you covered with their Power Prices and #WhatOddsPaddy.

Do you think @BKoepka will be the second person in history to win #TheOpen as World No.1? 🤔 pic.twitter.com/fIlqEuz33F

The Italian won The Open last year, which happened to be the first major ever won by an Italian. This year he has finished in the top 10 three times, one of which included T5 at The Masters. He is currently ranked number seven in the world, and definitely has a good chance of a top ten finish.

Woods has already tasted major success this year with a win at the US Open. He is also no stranger to The Open. He has won it three times in his career, the last of which came in 2006. DJ, on the other hand, hasn’t won this year but has had two, second-place finishes. Both of these came at The Masters and the PGA Championship. He has shown he can consistently perform and Woods has shown he has what it takes to win a major.

Can one of the English boys bring it home? Rose is currently ranked fourth in the world with Fleetwood at 20th. Rose has had a good year with one win and six top-ten finishes in total. Last year he came second in The Open and will be confident of going one better this year. Fleetwood has had no wins this year but has still had four top-ten finishes. He came second last year in the US Open with Koepka taking the win. Fleetwood is just waiting for that first major win and it could be this weekend.

All three of these golfers have had good years. Koepka and Woods have both won majors whilst McIlroy has found himself in the top ten, eleven times! They are all playing well at the minute and are tipped as the favourites. All of them to finish in the top ten could make it a very exciting weekend.

This is a very interesting one. Koepka lead all of the first three rounds at the PGA Championship and was T1 after the first day at The Masters. He didn’t lead at the US Open but 2/3 majors so far isn’t bad going! The world number is playing incredible golf at the minute and to be leading after round at 25/1 could be the bet of the weekend!

McIlroy is the favourite going into the competition and DJ has finished second in two majors already. At 66/1 this is a very tempting bet due to their records this year. McIlroy will be the fans favourite at Royal Portrush so will be pushed along by them. DJ is consistent at majors and if the two come together this 66/1 could definitely come in!

Paddy Power has many more Power Prices and #WhatOddsPaddy specials going up to as high as 350/1! Make sure to take a look at all their other offers. 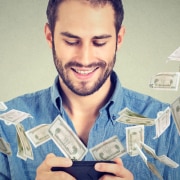