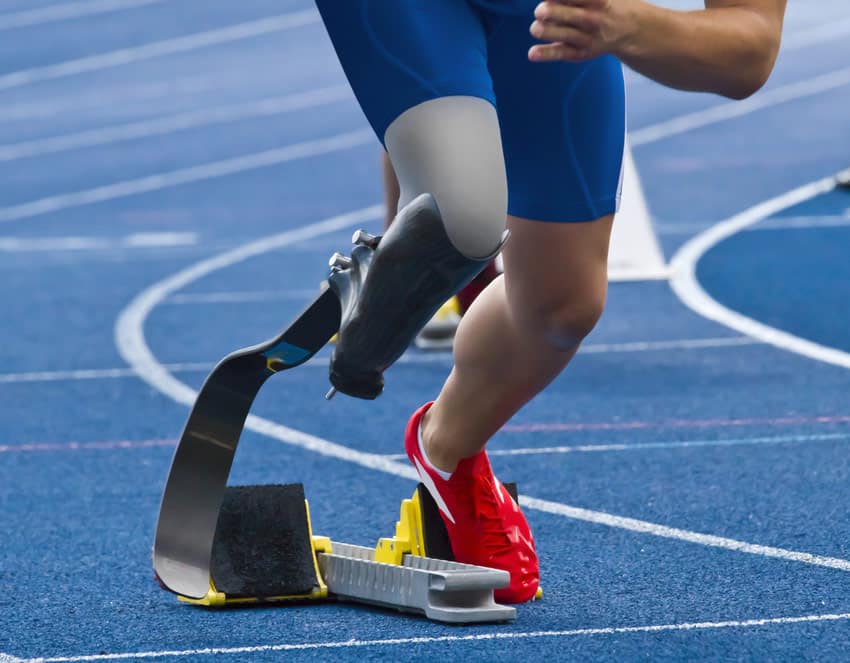 There’s no doubt that this year’s Paralympic games were the most popular ever with attendance and viewing figures reaching a new high. It seems that the term ‘disability’ has been redefined by the Games, or as ‘Bladerunner’, double amputee Oscar Pistorius, said recently: “You’re not disabled by the disabilities you have, you are able by the abilities you have.”

There’s increasing interest and pressure to merge the Olympic and Paralympic Games into a single event, rather than the two completely separate spectacles they are currently. In a recent BBC World Service survey of just over 10,000 people from 19 countries, some 47% of those questioned favoured merging the Games, with 43% saying the Paralympics should stay separate. In the UK, 50% of those surveyed were in favour, and 43% against.

It appears that the idea of merging the games is gaining in popularity, however, many of the countries with the most impressive medal counts want to keep the Games split; including the US (64% separate, 29% integrated), Australia (54%, 42%), and China, where the Games has brought a growing new and positive attitude towards disability (67%, 27%). The reasons behind this remain unclear; but the historical, cultural and geographical stigma attached to disabled people may play a part.

IPC president, Sir Philip Craven – now in his third term and a former Paralympic wheelchair basketball player – wants to see the word ‘disability’ banished from the dictionary. He believes that any new combined Games would probably need to be longer, speculating that it might take from three to three and a half weeks.

The current “partnership agreement”, signed by the IPC and the International Olympic Committee, means that the Paralympics will follow on from the Olympics as a separate event until 2020 at the very least. But Sir Philip said a merger could be looked at any point after that time: “I hope no one thinks that we’re fine where we are and things can’t change. Of course they can change.” he said.

But can they? A change as big as this would be a tremendous logistical problem for any host country, and then there’s the debate around just what a combined Games actually looks like.

Although it isn’t well-known today, athletes with disabilities did compete in the Olympics prior to the advent of the Paralympics. The first athlete to do so was way back in 1904; German-American gymnast George Eyser, who had a wooden leg, won six medals in a single day including three golds. Shooting left-handed, right-arm amputee, Karoly Takacs from Hungary competed in both the 1948 and 1952 Olympics winning 2 gold medals. In 1952 and 1956 disabled Danish equestrian, Lis Hartel won two silver medals in the dressage events despite being paralysed below both knees.

More recently, Paralympic athletes have sought an equal opportunity to compete at the Olympic Games. Neroli Fairhall, a Paralympic archer from New Zealand, led the way and competed at the 1984 Olympics in Los Angeles. Then in 2008 Oscar Pistorius, a South African sprinter, attempted to qualify for the Summer Olympics. Pistorius was born without calf bones and had both his legs amputated below the knee. He races with two carbon fibre blades and has held Paralympic records in the 100, 200, and 400 meter events. Pistorius missed qualifying for the 2008 Olympics in the 400 meter race by 0.70 seconds, but went on to qualify for the 2012 Olympics; competing in two events and making it through to the semi-final of the 400 metres race.

So, could we see ‘disabled’ athletes competing in some or all Olympic events in the future? Certainly there are some sports where difference is not an issue – shooting and archery being a couple of examples. And could it be that in some sports ‘disability’ might even be an advantage? Biomechanics expert Dr Peter Bruggemann found that Oscar Pistorius used 25 per cent less energy running at the same speed as an able-bodied athlete, and that his prosthetic blades gave him a definite advantage.

[quote float=”right”]So, could we see ‘disabled’ athletes competing in some or all Olympic events in the future?[/quote]

It’s a complex issue and disability is sometimes hard to define. After the 2000 Sydney Games, a Spanish basketball player claimed that only two athletes of the twelve-member team met the qualifications for an intellectually disabled athlete and the rest weren’t disabled at all. After investigation the Spanish National Paralympic Committee agreed that several Spanish athletes had flouted the ID rules.

Paralympic athletes are just as keen to win as any other athlete, and the use of banned substances, including steroids, has led to the stripping of several medals and disqualifications. Another concern is a technique known as ‘boosting’, where disabled athletes artificially increase their blood pressure, often by self-harming including breaking bones, improving performance by up to 15%. When the World Anti-Doping Agency interviewed 99 athletes with spinal injuries competing at the Beijing Paralympics, nearly 20 percent said they had tried boosting. Another potential concern is the use of gene therapy among Paralympic athletes. Paralympic athletes are banned from enhancing their abilities through gene doping, but it’s extremely difficult to differentiate between therapy and abuse.

[quote float=”right”]We want to change public attitudes towards disability, celebrate the excellence of Paralympic sport and to enshrine from the very outset that the two Games are an integrated whole.[/quote]

Seb Coe, Chairman of the London organising committee, said about the 2012 Summer Paralympics and the 2012 Summer Olympics in London that: “We want to change public attitudes towards disability, celebrate the excellence of Paralympic sport and to enshrine from the very outset that the two Games are an integrated whole.”

Given that the end of the Olympics and the start of the Paralympics were almost three weeks apart, some might say this wasn’t achieved. It does however highlight the potential timing, logistical and maybe most importantly of all, cost issues that will come with a fully integrated whole.

The Olympics is all about fairness and inclusion, it’s also about like competing against like. Just how this is going to be achieved without compromise is the big question. The Paralympics are designed to cope with like-for-like across a range of disabilities within the same event, broadening things out would dilute the opportunities for athletes. Simply staging the two events under a single umbrella would achieve little other than a bigger logistical problem, less coverage for the more marginalised sporting events, and even more comparison. Perhaps recognising that these two celebrations of sporting excellence are and should be different is the answer. Perhaps it’s far better to leave it as it is.