The Rugby World Cup 2019 is well underway in Japan. Even an impending typhoon can’t dampen the spirits of the fans who have traveled from all over the world to support their countries. A couple of games have been postponed with points equally distributed between the affected teams. But the reality is that even that hasn’t changed the standings very much.

Pools B, C and D have come to their natural conclusion with their top two almost confirmed. From Pool B, New Zealand top the group with South Africa in 2nd place. In Pool C, England topped the group with France as runners-up and in Pool D, barring a major upset, Wales will finish at the top with Australia in second place.

Only Pool A is still up in the air with Ireland, Japan and Scotland still fighting it out for the two coveted quarter-final places. Both games are due to be played this weekend and it’s still all to play for. The winners of Pool A will play South Africa with the runners-up playing New Zealand in one of the first quarter-finals on Saturday, 19th October. The second semi-final between Pool A winners and South Africa will take place the following day.

But where it really gets interesting is between Pool C and D. It now looks likely that England will have to play Australia in the quarter-final. A repeat of the 2003 Rugby World Cup final, this will be one of the biggest games of the tournament. That said, England has romped through their group with the Aussies failing to sparkle so unless they raise their game, I believe England could easily book their place in the semi-finals.

That leaves Wales to take on France. Their last encounter was the Six Nations back in February. Wales will be hoping they can put on a repeat performance and beat the French once again to book a semi-final place.

So while it’s still all to play for, Paddy Power has been coming up with some creative betting promotions for you to take on. The first is called “Right Number, Wrong Team? Don’t Worry You’ll Still Win Your First Tryscorer Bet“. The idea is simple.

If you back a player to score the first try, they’ll pay out if the same number from the opposite team scores first. The offer applies to bets on the First Try Scorer market in all Rugby World Cup games. The most you can wager on the offer is €/£10. And the bonus winnings will be paid at the lower odds of the two players. So if you back a player at 5/1 and the opposition number scores first at 7/1 then you will be paid at 5/1.

So how does this work in practice? Let’s look at the Ireland v Samoa game as an example. If you place £10 on Jacob Stockdale (13) to score first for Ireland and he doesn’t, but his opposite number, Ed Fidow (13) for Samoa does, then you win.

To take up Paddy Power’s inventive promotion, you first have to be a customer. If you don’t already have an account, you still have plenty of time to open one. Any bets on this promotion must be placed pre-match only. And you have to place the bet on the First Tryscorer market.

So if you want to shake up your betting experience and go for more than the straight win, this is a good option! 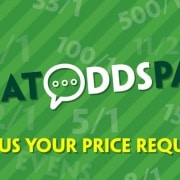 Rugby World Cup 2019 Everything You Need To Know

What Are The Advantages Of Betting Online?
Scroll to top