Premier League action finally returns next weekend with Arsenal taking on Brentford, but who are the rest of the league facing in the first game back?

Finally, the wait is nearly over, even though the Euro’s have just finished, but Premier League football is nearly back. The best league in the world has had an exciting summer so far. Some of Europe’s most exciting players are making their way over to England as well as some moving within the league.

Last year’s winners Man City seem to be looking to strengthen even more with Kane and Grealish looking like they are on their way. Depending on how the first few games go clubs may look to make some changes before the transfer window ends at the end of August.

The Bees first game in the Premier League is a home tie against Arsenal. It’s a tough introduction to life in the Premier League against a well-experienced side. Arsenal haven’t done so well in pre-season, but it’s always tough to judge these games. The Gunners have a better squad and have strengthened it with the signing of Ben White. We are backing Arsenal to win this one.

When the two sides met last season, it finished 6-2 to the home side. This would be the ideal start to the new campaign for United but we can’t see it being that easy again. United have been busy in the market so far. We see Man United getting off to the best possible start in a close match between the two rivals.

This is a game between two defensively solid sides who finished two points apart last season. We can see both managers wanting to ensure their seasons don’t get off to a losing start. Their games last year ended 1-1 and 0-0 and we are backing it to be another draw at 2/1.

The current Champions League holders welcome Palace and their new manager Patrick Viera on the opening weekend. Palace has see a lot of change at the club this summer, whereas Chelsea have brought just one in so far. Tuchel has got this side playing very well and we see a comfortable Chelsea win.

Another new manager making their Everton debut is ex-Liverpool manager Rafa Benitez. It’ll be very interesting to see the reception he gets at Goodison. Both sides have brought in attacking reinforcements this summer, hoping for better seasons. I’m predicting a score draw for this one, with both sides still not convincing defensively.

This fixture finished 1-0 last season to Leicester and Rodgers will be hoping for more of the same. His side plays good attacking football and will fancy their chances against Wolves with their new manager Bruno Lage. We see Leicester winning in what will be a close game.

Another newly-promoted side are at home on the opening day. The Hornets are back after a season away from the Premier League and a game against Villa isn’t the worst outcome. However, Watford do have an ageing squad and we fancy Villa’s attack with new signings Buendia and Bailey to be too much.

The final one of the promoted teams this season is Norwich. Liverpool have loved this fixture over the years and will be raring to go with their squad all back fit. Norwich will sit in and look to frustrate in this one but we can see anything other than a win for Klopp’s side.

Last season’s surprise package head to Newcastle for their first game. West Ham had a fantastic second half to the season but a lot of that was down to Jesse Lingard. Newcastle is a tough place to go when it is full and we don’t see anything separating the two sides at full time.

The two clubs are already fighting over Harry Kane. City won the league last season, whilst Spurs were very disappointing. Kane will likely not play in this one due to not turning up to training yet. We are backing City here as their squad is full of fantastic players and should be too much. 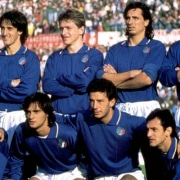 Can Anyone Stop Bayern Munich Winning The Bundesliga?
Scroll to top