With the Euro 2020 group stages nearly over, we’ve been having a look at who we think has an outside chance this summer!

When you think about the European Championships and who won it before, Greece always comes to mind. They won the competition back in 2004, which was one of the biggest shocks in footballing history. Euro 2004, was just their third-ever international tournament and they weren’t given much of a chance if any! They surprised everyone and beat Portugal in the final to make history.

Now, we’re not saying an outsider of this level may win this summer’s Euro’s, but there are a few worth looking out for!

The current holders of the European Championships are still in the competition with one game to go in the groups. If they win or draw against France, they are definitely through and can also go through as long as they lose by more than two goals! They have a fantastic squad full of some of the best players in the world. Ronaldo, Bruno, Dias, Bernardo, Jota, Felix, and Cancelo to name just a few!

Their squad is full of winners and players who can turn a game on its head at any time. They are in a tough group along with France and Germany, but if they can get through this, their odds will drop. The fact that they won this competition last time and will have a lot of the players still in the squad will give them a huge advantage when it comes to big moments. On top of that, they have one of the best players in the world in their side in Cristiano Ronaldo, who will be looking to finish top goalscorer.

Unlike Portugal, The Netherlands didn’t have the toughest of groups and finished top of their group having won all three games. They though have a good squad, however, Van Dijk is unfortunately missing but De Ligt, De Vrij, and Ake are there to make up for it a the back. Their midfield is very strong, with Gravenberch, Wijnaldum and De Jong along with Depay and Malen in the attack.

This squad is more than capable of beating some of the big sides if they play to their potential. They have a good record in the competition with four third-place finishes and one win. If they can get a good draw out of the group stages, then who knows!

Now, these really are an outsider. The runners-up of the 2018 World Cup are at a very interesting 40/1. Getting to the final of the World Cup will have given them a lot of confidence and self-belief that they can do it again. They beat England in the semi-finals, who are now the favorites for the competition.

Croatia do have an aging squad, but it is one with lots of talent. Luka Modric is still the captain and playing week in week out for Real Madrid. He is joined by Brozovic, Kovacic, and Perisic, who are all well-established players. They struggled at the start losing to England but have only got better since with players like Modric and Perisic stepping up when it matters. They could take on Slovakia, Sweden or Poland in the next round and would back themselves to win that. Once you’re in the quarter-finals, it’s anyone’s game! 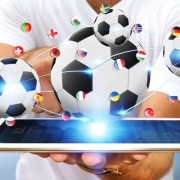 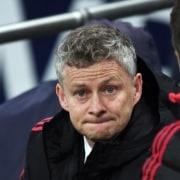 Where Will Harry Kane Be Playing Next Season?