The Premier League 20/21 season is nearing the end now, but with nine games to go, can some teams save their season by parting with their managers?

The Premier League is a tough place for managers. Owners can’t afford for their teams to be relegated as being in the top flight is so financially beneficial. On the other hand, owners also can’t have their sides dropping out of European places or the race for the title.

As a result, sackings in the Premier League are very common. Last season Quique Sánchez Flores was sacked after just four weeks of the new season at Watford. The Hornets went on to make four managerial changes during the season. Over the course of the whole season, ten managers lost their jobs in the Premier League.

This season we have had two sackings and one parting of ways, but with the way the results are going currently, we could have one more before the end! Slaven Bilic was the first to go this season, followed by Frank Lampard. Chris Wilder left Sheffield United after what appeared to be a difference in opinions with the owners.

It felt like Bruce’s time was up at Newcastle after nine consecutive league games without a win. Bruce managed to stop the losing run briefly, but they have now just one win in their last eight games and are two points above relegation. Most Newcastle fans didn’t want Bruce there in the first place and are calling for him to go now.

Newcastle have some tough games coming up and if the poor results come back, Bruce could be out a job very soon. It is likely he won’t be there next season, regardless of what league they are in. Is it worth making a change now with the hopes it’ll bring some stability back to the club?

The only sides really that will make changes are those looking for an instant positive reaction. They are the ones at the bottom and it appears Steve Bruce is the one with the most pressure. Other than that, it could be easier for clubs to let the season finish and assess where they are in the summer. It would allow clubs a long time to find the right manager and understand which players they want to bring in etc.

The Spurs manager is going through another tough period with his club. His side are currently sixth in the table, but were beaten by Arsenal and knocked out of the Europa League in the same week. This isn’t good enough for a side with the quality in the squad that Spurs have.

Mourinho never tends to last that long in a job and the pressure is really mounting on him. He has got his side to the final of the Carabao Cup which might buy him some more time. However, should results carry on being as bad as they are, don’t be surprised if Mourinho is gone sooner rather than later. 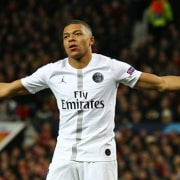