With Spurs in a poor run of form and pressure mounting on Mourinho, is there an impending crisis on its way?

Mourinho is renowned for having a horrible ending at clubs. He left Chelsea midway through the 2014/15 season after winning the league the year before. At United, he was again sacked midway through the season after one of the clubs worst ever starts to a campaign. He is 7/1 to be the next manager sacked in the Premier League currently.

Spurs started fairly well this season, but recently it’s going the other way. They have won just two in their last nine games and again it looks like it won’t be a season where Spurs challenge for the title.

Harry Kane picked up an injury against Liverpool at half time. For the second half and the next game against Brighton, Spurs looked a shadow of their former selves. If Kane is out for a while then the results could start getting worse, quickly. With all that in consideration, Paddy Power have Jose Mourinho Impending Crisis Specials.

Mourinho not to make it to the end of the season seems very likely according to Paddy Powers odds. Some fans are becoming frustrated with Mourinho and his style of play and this could put pressure on those in charge to make a change. On top of this, he has fallen out with players like Alli, Aurier and Rose. The Spurs board won’t want a divide happening at the club if he continues to fall out with players.

The Gunners are starting to find some decent form now and are only two points behind Spurs in the table. Arsenal haven’t finished above Spurs for a few seasons now but will fancy themselves given Spurs’ recent form. With 18 games left to go, there is more than enough time for Arsenal to close the gap on their bitter rivals.

Kane’s injury is said to keep him out for 2/3 weeks. In the next few games, they are playing Chelsea, West Brom, Man City and West Ham in the next three weeks. Games against the two London sides and Man City will be very tough but West Brom they would expect to win. However, they are fighting for their lives and as we said before, they don’t look anywhere near as good without Kane, so who knows!

These are just three of the 11 different specials available over on Paddy Power. With Spurs playing tomorrow, the odds may change after that game depending on how they get on, so it’s worth checking them out before Mourinho’s side host Chelsea. 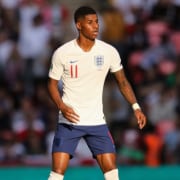