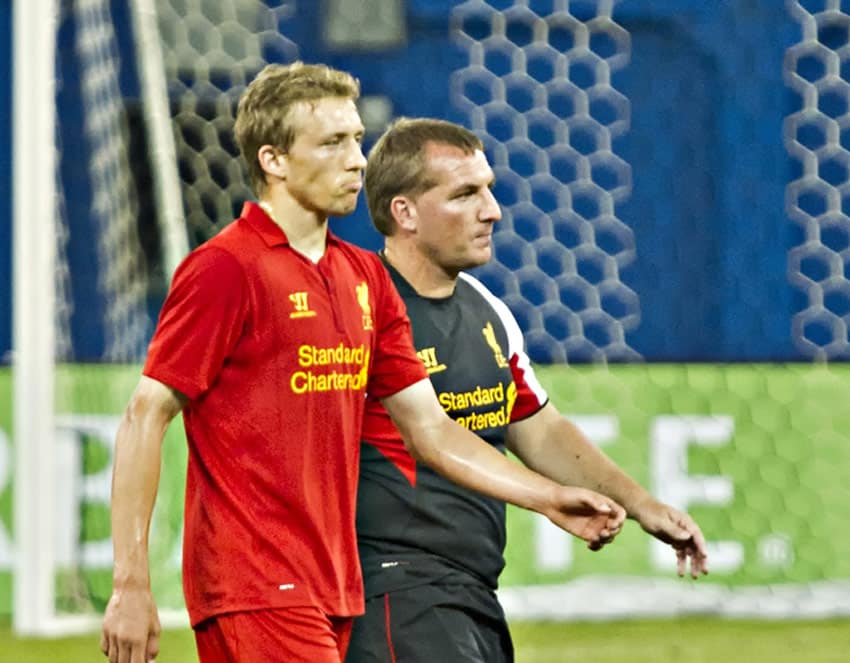 Those are the words of defender, Jose Enrique, following the Merseyside club’s impressive draw with champions, Manchester City this weekend.

Now under the guidance of former Swansea boss, Brendan Rodgers, fans were left in no doubt as to what style of football their side would be looking to play this season.

Following criticisms of the style of play under Kenny Dalglish amongst fans last season, with many describing them as ‘one-dimensional’, the arrival of Rodgers has heralded a new era at Anfield.

Last season was the club’s poorest league finish for some time, finishing eighth, and only qualifying for the Europa League because of their League Cup success earlier in the campaign.

But things have changed. With Joe Allen keeping the metronome ticking in midfield, Liverpool are playing an attractive passing brand of football. Those taking in the best bookmaker reviews will tell you that big things are expected of them this season.

At times against City it cost them – Martin Skrtel’s suicidal back-pass, a prime example of Liverpool perhaps overplaying at times.

There is little doubt, however, that with the calibre of players Rodgers has at his disposal, the club can begin to replicate the Catalan giants.

Enrique said: “The best team in the world is the best example: Barcelona. You could see against Real Madrid a few days ago, how when they have the ball it is amazing and when they lose it, within three or four seconds they have it back.

“This is the way we try to play. We can’t compare with Barcelona they are different, but we are trying to play like this. We are starting to learn but we are learning well.

“I think this is the way we have to play this year. Because there is a new manager, we need time, but if we can play like this I think we will get many points. It is like the manager wants.

It is exciting times for Liverpool. Finally, their years in the wilderness might be coming to an end, and under the guidance of Rodgers, might once again push for Champions’ League qualification.

No doubt it will be a tough task, but with the likes of Nuri Sahin being added to their squad, they certainly appear to be adding the quality they have been missing for some time now.

Pietersen To Be At Twenty20 World Cup?

Should The Olympics & Paralympic Games Merge?
Scroll to top