Paddy Power has a new promotion in which if any team you bet on goes two goals up during a game, they will be paid out as a win, regardless of the end result!

We’ve all been there before when we have one team left in our accumulator who are 2-0 up and they concede with enough time for the opposition to get another. This is a tense time and one in which many peoples bets can be ruined due to a heartbreaking late equaliser.

Well, fear not! With Paddy Power now, if the team you have bet on goes two goals ahead, Paddy Power will pay them out as a winner, even if the other side go on to win the game. For example, last weekend, West Ham played Arsenal and found themselves 2-0 up after 17 minutes. Paddy Power will have paid out on anyone who had backed West Ham to win the game. It just so happened that the Hammers let a 3-0 lead slip to draw 3-3, but for the punters, this was no issue.

This may sound like a huge stroke of luck, but actually, it happens a lot. As they say in football, a 2-0 lead is a very dangerous one as teams can get complacent. Using Paddy Powers offer though, as soon as that second goes in you can switch off with no worries!

As with all betting promotions, there are some certain terms and conditions that need to be followed. This promotion is only available when betting on the top divisions in Italy, France, Germany, Spain and Scotland as well as the Premier League down to League 2 in England. It is also available in the FA Cup, Champions League and Europa League. This is a lot of games to choose from and when betting outside of these leagues, it can be tough to pick a win due to the lack of knowledge on the lesser competitions.

On top of only betting on certain leagues and competitions, all bets much be placed pre-match and those place in play won’t receive the offer. Bets placed with free-bets also won’t qualify!

This is a fantastic offer and one that we have found has saved us a few quid in the past due to teams bottling it with not long to go! 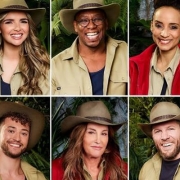