One of the most popular ways to bet on the World Cup is to predict the top scorer, but it can be a tricky thing to get right, what with so many factors in play. Here’s our guide to the Golden Boot odds, you can find the best World Cup free bets on completebetting.com

As you might expect, four-time Ballon d’Or winner Lionel Messi is the bookies’ favourite by some way, and it’s easy to see why – he scores loads of goals, and all things being equal, he should continue to do so at the World Cup.

That said, some pundits have cast doubt on his ability to bang in the goals for his national team in the way he has done for Barcelona in recent years. For starters, he didn’t exactly shine at the last World Cup, and in general his form for Argentina has been a bit patchy.

Nonetheless, it does look as if his international goalscoring form is coming good at the right time. Since 2012, he has netted an impressive 18 goals in 16 international appearances, and because of this, he looks a good bet for the Golden Boot even at the comparatively short odds of 8/1.

Another thing in his favour is the fact that being in the later stages of the competition gives you more chances to score, and with Argentina installed as second favourites behind Brazil to win the whole thing, this bodes well for Messi’s chances.

This same factor could count against current European player of the year Cristiano Ronaldo’s chances. Although he is likely to be the top scorer for his country, the overall weakness of the Portugal team – they are 33/1 outsiders to win the tournament – means he is unlikely to get enough games to come home with the Golden Boot, and that’s why he’s only 14/1 to win it.

With Brazil being favourites to win the competition, Neymar could be a better bet for the top scorer gong at similar odds to Ronaldo. Having scored 27 in 46 games for his country, he’s certainly prolific enough to do it, but given that Fred or Jo are likely to start in a more central striking position, he might end up topping the assists table instead.

The next name on the odds list is yet another Brazilian, albeit one who has recently switched allegiances to Spain. Diego Costa has been in prolific form this season for Atletico Madrid, and has emerged from Falcao’s shadow to become one of the most feared strikers in Europe. Given his devastating domestic form, it’s unlikely that Del Bosque will overlook him for a central striking role, particularly given the paucity of other options, and Spain should still be strong enough to make it to the latter stages of the tournament.

The current holder of the golden boot, Thomas Muller, could be a decent outside bet to win it again this time round. He has been in fine form for Germany of late, scoring 6 in 9 games, and while the Germans aren’t tipped to win the competition, they should be strong enough to make it to at least the semi-finals this time round. 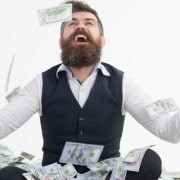 How To Know If Sign Up Betting Offers Are Worthwhile 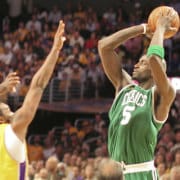 Gone To The Dogs
Scroll to top