In all forms of gambling, tipping the odds slightly in your favour can make the difference over time. For people who place multiple bets or trades over a long period of time, for example, a steady profit of, let’s say, fifteen per cent per annum would be a remarkably good performance.

If you could continue this type of trajectory with a large amount of money invested in stock markets, for example, including dividends paid out – you’d go down in history as one of the greatest fund managers of all time – matching the performance of people like Neil Woodford and Anthony Bolton in the UK, or the great Warren Buffett and Peter Lynch in the US.

And yet this is interesting, because those people successful enough to make a living from their sports gambling would normally consider fifteen per cent to be a fairly mediocre return over several hundred bets over the course of a year, for example. This is, of course, because they aren’t trying to manage a large fund for several thousand people – they’re simply running their own small gambling enterprise and don’ have to account for their decisions to other people.

It’s also important to remember that many people try and fail to emulate this kind of performance with their betting activity so it isn’t available to everyone; you need a special insight, you need to be shrewd, understand the market’s numbers, be able to spot good value and, perhaps above all , you need a huge amount of self-discipline.

Any sport in which you can develop a niche interest that gives you an edge on the market gives you a fighting chance of success. One sport that is relatively overlooked by UK punters but in which there is still a huge international market to go at is basketball.

Gambling on basketball on the exchanges such as Betfair offers huge potential for shrewd spread betting punters. And the beauty of it is that you should be able to try out your shrewdness for free thanks to the generous introductory betting offers there are around these days.

Alternatively, you may be able to try out different basketball betting strategies using software from Betfair and others in demo mode only. This offers you the chance to see if you have what it takes in a completely risk-free environment.

Basketball gambling is mainly about the spread, which in turn is based on a handicap system. There are UK games to bet on, and other international games, but the biggest markets and the most worldwide interest still rests with the NBA (the US-based National Basketball Association).

Most basketball gambling uses the points spread for gambling on teams along with an over or under number. The bookies and sports books around generally set the handicap spread and gamblers make their value judgements based on whatever their own criteria or gut feel may be.

So let’s say, for example, the Boston Celtics are playing the New York Knicks. This would be interesting as it would, of course, be one of the biggest games in the NBA – a bit like Arsenal versus Man United at football. As things stand today, most gamblers would expect the Knicks to win this particular game (though currently the Cleveland Cavaliers and the San Antonio Spurs are hot favourites to win the overall NBA Championship, with the New York Knicks way out at 66-1 with Betfair and the Boston Celtics even bigger odds at around 150-1 at the time of writing).

So let’s say for the purposes of an illustration only that the point spread will make the Knicks the ten point favourites. In other words, the team from New York now has to win by 11 or more points for you to win your bet if you think the odds are favourable. Obviously, the converse is true so if you think the Boston Celtics are being underrated by the handicapper and that it will be closer than a ten point margin, you’re on the Celtics.
If, on the other hand, the New York Knicks win by the handicap, i.e. by the ten points, then the bet is a tie and null and void – no cash changes hands.

But where it gets really interesting for anyone who can become a real aficionado of basketball and can watch the games live on TV is with in-play betting. Of course, the same is true in any other sport, but basketball is particularly interesting for the way in which games tend to sway as the coaches make decisions. Talented observers and gamblers can begin to get a real feel for this and can sometimes develop the ability to do so ahead of the rest of the market. They begin to be able to read the game better the longer they practice, in other words. It’s true that other sports tend to swing in similar ways, but basketball offers more favourable opportunities, often, for UK punters because there just isn’t the same number of real experts in the sport in this country as there are in the USA and other countries. So if you happen to be gambling in play in a market that is dominated by UK punters, you may well be able to gain an edge. And a very small edge is all that may be needed to steadily profit from your gambling activities over time.

It’s probably wisest to keep things simple. In theory, the handicap makes betting on basketball the same as the toss of a coin; both sides have an absolutely equal chance of winning. So reading up all you can about the sport, staying ahead of developments and – perhaps most notably – taking a very keen interest on events during the course of games, may be able to give you a slight edge.

You will never win them all, of course. Instead; what you’re trying to achieve here is simply to win more often than you lose and to make steady progress. You may have what it takes to make progress on a two steps forward, one step back kind of basis. And if you can try this out with bonus cash to begin with, thanks to the generous introductory bonuses there are around – so much the better. But you will need to develop some kind of edge on the rest of the market to be successful.

Betting on tennis matches offers a similarly “binary outcome” proposition, though of course this is truly binary as a draw isn’t possible. With tennis, though bets aren’t based on handicaps. But if players are close in ability and, therefore, in odds, and you can spot what you believe to be a slight glitch or unfair market bias, you can profit in the same way outlined above. The key here is to understand the game better than the market, as with any other sport. In tennis, for example, it’s often surprising how poorly the game’s really top players perform in the relatively minor tournaments – unlike the four tennis Grand Slam events which tend, on the whole, to go more to form.

One thing to bear in mind with this overall approach is to treat it like you’re managing a fund. So whenever you place a wager of any kind – have a maximum exposure of “X” per cent of your current fund value (somewhere around 3-5% maximum is a good rule of thumb). In this way, you always live to fight another day and, if you can show to yourself that you do have what it takes, the cash value of the wagers taken will steadily rise as you prove your ability to beat the market. 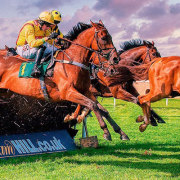 Get Extra Each Way Places With Betfair 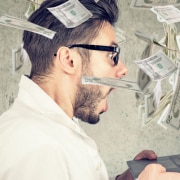 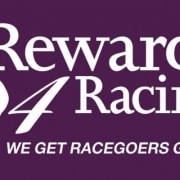 Rewards4Racing And Betfair Partner Up

A Look Towards 2015 Betting
Scroll to top