In a few weeks, we will be treated to the strange sight of seeing The Masters at Augusta taking place at the ‘wrong’ time of year.

The event, usually held under the tranquil sunny Georgian skies of April, will instead be held from 12th – 15th November. Nevertheless, The Masters remains a massive betting event, and one that offers a little more intrigue than most.

In a sense, we can break down bettors into two different categories. The first group are those who bet with conviction, believing a player to be prepped for conquering the field.

They’ll look now at the likes of Bryson DeChambeau, a player who’s driving power has revolutionised the game according to 888sport. Others might look at John Rahm (12/1), Dustin Johnson (11/1) or Rory McIlroy (10/1), all of whom have the requisite mix of power and short-game precision to conquer Augusta.

Bookmakers Will Release Extra Places On The Masters

The second group of punters are those who wait and play what is essentially a numbers game. They wait right up until the week of the tournament and will then place each-way bets on the event.

Why? It’s quite simple, almost every bookmaker worth its salt will provide extra places in the each-way markets. If a standard golf event pays each-way for four or five places, an event like the Masters might see seven, eight or maybe event ten places.

The attraction, then, is to take a big punt on players with big odds who could maybe sneak into the top eight (or whatever the each-way limit is).

Of course, they could also win – Zack Johnson, Danny Willett, Angel Cabrera, Trevor Immelman and Charl Schwartzel are just a few of the big price winners of the Green Jacket in recent years.

Indeed, it’s worth pointing out that – aside from the Tiger Woods era of the 2000s – the favourite rarely wins at Augusta.

Is there a catch? Not really. Bookmakers do this kind of thing to get crossover appeal and new customers. They often do similar extra places for big racing events like the Grand National, but there is definitely value to be had in this approach.

Odds Will Shift In The Coming Weeks

We will say, however, that there is sometimes some logic in that approach of the first group. Money can move the market, and it’s understandable that the volume of cash coming in increases as we get closer to the event.

Again, the comparisons with ante-post betting on horse racing are not far off the mark. The likes of Dustin Johnson seem like he could move into single-figure odds as we approach the tournament, and we could also see moves in form players like Collin Morikawa and Tyrrell Hatton.

In short, if you see a good price, you should take it.

So, which method is best? Neither, to be frank. We would say that using the extended each-way markets tends to suit casual golf fans and value bettors who want to have a bit of a pot luck bet on big-price selections – getting placed golfers with big odds is quite common.

As for the ante-post bettors, they tend to be more knowledgeable about golf, and they may have pinpointed something that tells them their selection is uniquely suited for Augusta. 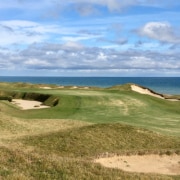