Everton welcomes Crystal Palace to Goodison Park on Saturday (8th Feb 2020 – 12:30) for a midday kick-off. This fixture is one of only four matches to take place throughout the weekend. A new ‘winter break’ has been introduced to give the players time to rest after a hectic fixture list from boxing day right up to the beginning of February.

The visitors on Saturday have every right to be concerned ahead of the match. Palace has yet to win a game in 2020. A run of losses and draws sees Roy Hodgson’s side sit at fourteenth in the Premiership. Only six points separate them for the relegation zone, but at the same time, it is a seven-point gap to European football. A real indication of how tight things remain in the Premier League this season.

The only consistent team has been Liverpool, which is the reason they sit 22 points clear at the top of the table. A steady run of form can see a side propelled into a Europa League spot as we have seen with newly promoted, Sheffield United. Even Tottenham, who haven’t been great under Mourinho, are challenging for Champions League football again.

Crystal Palace’s defence is and has been a formidable force since the likes of Alan Pardew was in charge of the club. A new-found issue this season is scoring goals, Palace is the lowest-scoring side in the division. Despite the opportunity to bring in attacking options to bolster their front-line in January, they signed no one. Surprisingly, Palace has the third-best defensive record which has levelled off their lack of creativity. Jordan Ayew is The Eagles top scorer with six goals, followed by Wilfried Zaha with three. Fortunately for Palace, they travel to Everton who in recent weeks have been shocking defensively.

A new-look Everton under Ancelotti has thrown away results by not killing off games. In the Toffee’s last five matches, the Everton keeper has picked the ball out of the net on eight occasions. Nevertheless, the Italian has brought real change to the club, and they’re unbeaten at Goodison in the past seven matches.

Calvert-Lewin & Richarlison have been by far the most influential players in the side. Between them, they have a total of twenty-two goals in the Premier League. Richarlison has been declared as ‘a key part to Everton’s future’ by the Gaffer which is why Everton is rumoured to have turned down an eight-five million pound bid from Barcelona. It isn’t often Barca offer that kind of money, so it is clear they see the Brazilian as an immense talent.

Due to Crystal Palace’s poor attacking form, I can’t see them stealing three points from the home side. The last two meetings between Everton and Palace have ended 0-0. This may set a theme for the match on Saturday. However, Everton has the players capable of winning tight games. Betway has Everton at 13/20 to beat Crystal Palace. It looks unlikely that Palace will score so a 2-0 scoreline will get you odds of 6/1. 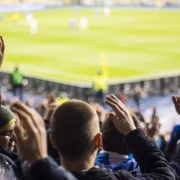 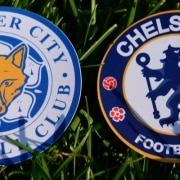