On Wednesday night England take on Denmark in the semi-finals of the European Championships, with Southgate’s side one win away from their biggest game in over 50 years!

The hype around this England side is now really starting to build. They play Denmark at Wembley on Wednesday night, with the winner of the tie going to the final of the European Championships.

Denmark got into the semi-finals after beating the Czech Republic 2-1. Denmark took a 2-0 lead with Dolberg scoring again and managed to hold on, despite Schick getting his fifth goal of the campaign.

England’s route to the semis was slightly easier, after beating Ukraine 4-0. Kane scored early on, with England then going on to score three headers in the second half, in what was their best performance in terms of attacking this summer.

Southgate’s side are the favorites for Wednesday’s game, and the competition overall. they are 7/10 to win in the 90 minutes and 3/10 to qualify. There is value in Denmark, who are 9/2 in normal time and 12/5 to qualify.

Harry Kane or Harry Maguire to score a header (11/2)

These two men scored a header each in the last game and are a threat from set-pieces. They will both be full of confidence going into this game that they can do it again. The good thing about this power price is that you have two players and it can be any time in the match. We saw last time once the game got away from Ukraine, England created a lot of chances and could easily do it again tomorrow night.

The Man United left-back is having a fantastic time this summer and has three assists to his name so far. He takes set pieces for England and likes to overlap wingers to put crosses into the box. This has been very effective so far, with Shaw getting two assists from overlapping and creating many more chances on top. He will be encouraged to carry on making these runs against Denmark and if he keeps up the quality of passing he has shown so far, the forwards will be very happy.

Kalvin Phillips & Pierre-Emile Hojbjerg each to be carded (12/1)

Both men play in central midfield and aren’t afraid to make a challenge. Phillips has already picked up one this summer and with it being the semi-finals, they reset so the only way to miss the final is by getting sent off. With England have a lot of very technical footballers in midfield it could be a difficult game for Hojbjerg and co. Players may start committing more as the game goes on and yellow cards could be given out quite easily.

Both of these players have found form in the competition recently and have three goals each. There are the main outlet of goals now for their side and will be the ones the rest of their teammates look for tomorrow night. The goals they have scored as well aren’t lucky ones, they are top-quality goals that would be hard for most keepers to stop! 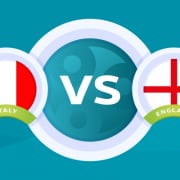 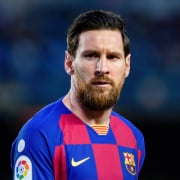