Young Welsh winger Daniel James has joined Man United from Swansea and Paddy Power have a promotion on him to score 10 Premier League goals!

James was Solskjaers first signing since becoming the Man United manager. He cost the club £15 million plus a potential £3 million more in add ons. The Welshman impressed in his first full season in the Championship and was nearly signed by Leeds for £8 million in January.

Paddy Power has several offers for debut season at Old Trafford. For him to score 5+ Premier League goals in 6/4. But for James to score 10+ is a huge 25/1! Last season he only managed four goals in the league in 33 appearances.

For him to get 10 goals would be a big jump but bearing in mind he is playing with better players in the Premier League. He should get more chances from his new teammates which would hopefully mean more goals. Current Wales manager and Man United legend Ryan Giggs has said he is the fastest player he has ever seen!

The only issue could be his playing time. With it being a better league Solskjaer may bed him in slowly to his new team. If he can get a lot of time on the pitch then this could definitely be achievable!

Other Players With 10+ Goals

We’ll start off by comparing James with his new teammates. Man United’s top scorer in the league last season was Paul Pogba with 13 goals. He started off slowly but then when Solskjaer took over he couldn’t stop scoring. However, seven of his goals came from the penalty spot and we can’t see James taking that responsibility off him!

Next up is Lukaku. The Belgian striker only managed 12 goals last season which was a disappointing return for the £75 million man. He played 32 times in the league last season, but couldn’t really find his goalscoring form. James can’t possibly have a worst first touch than Lukaku so whats to say he couldn’t go and score more goals than him next season!

With 10 goals each for Man United in the league last year in Rashford and Martial. Both of these men spent the majority of the season playing on the wing, where James will play. He is faster than them both so will be able to get in behind defences more. Could he potentially surpass them both is his debut year?

Other Premier League players with 10 goals last season are Arnautovic, Zaha and Sane. These three men are all well experienced in the Premier League and are big players in their sides. Looking at it from this point of view it may be a big ask for 10 goals in his first season.

If you think that James can have a good first year at Manchester United use the link below to back it on Paddy Power! 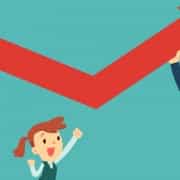 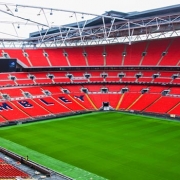 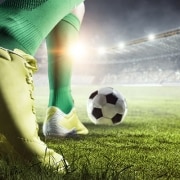 Root And Warner Money Back Specials
Scroll to top