The Cheltenham Festival is the biggest week for every National Hunt racing fan. Four days of fantastic races where the biggest jockeys and trainers come together to try win on the best horses.

With there being a total of 28 races of the week, there is more than enough to bet on. But seeing as though the world of horse racing can be so unpredictable sometimes, Paddy Power have some specials available that may be interesting!

This is the first time in over 20 years that Ruby Walsh won’t be racing at the festival. The 11 leading jockey at Cheltenham announced his retirement last May. This could throw the betting wide open now he isn’t there.

The Prestbury Cup is awarded to the jockeys and trainers from either Great Britain or Ireland who have the most race winners. With there being 28 races across the week, as soon as one country wins over 14 races then the competition is over.

Ireland is the 8/13 favourites to win the competition with Willie Mullins and Gordon Elliott taking an army of brilliant horses. Great Britain is priced at 7/4 with Nicky Henderson and Paul Nicholls both looking to have a good festival. Last year was a tie and that is priced at 6/1 with Paddy Power.

The odds for the top trainer this year is a three-horse race between Willie Mullins, Gordon Elliot and Nicky Henderson. Mullins is the favourite for it with Paddy Power at EVENS. He has finished top trainer at the festival sevens times in his career. Mullins won the award last year and this year is taking four race favourites to the festival.

Just behind him is his Irish compatriot Gordon Elliot. He has been the top trainer twice and in 2018 he trained eight winners, the joint-most ever at a Cheltenham Festival. Elliot is priced at 9/4 and has five race favourites with him to help his cause.

The only British trainer seemingly in the running according to Paddy Powers odds is Nicky Henderson. He has been the top trainer at the Cheltenham Festival three times, the last of which came in 2012. Henderson, like Elliot, is taking five favourites with him to Cheltenham and will be hoping to break the trend of Irish winners for the last seven years.

Last year Nico De Boinville broke the 11-year record of Irish jockeys coming out on top. This year, however, it seems as if it’s going to be heading back to Ireland.

Paul Townend is currently the favourite at 6/4. He has won nine races in his Cheltenham Festival career, which is 12% of all his races. Since the retirement of Ruby Walsh, Townend is now the number one jockey for Willie Mullins. He won the Gold Cup last year so will be going into this festival confident of coming out on top.

The 2019 and 2018 Grand National winner Davy Russell is the second favourite. Paddy Power has him priced at 5/2 and he has also had nine winners at the festival. His win rate is better though at 14%. Russell has finished as top jockey once before in 2018 and has tonnes of experience behind him so will be hoping to add to his nine winners. Russell is the leading jockey for Gordon Elliot so will be given plenty of chances to ride potential winners.

The only female jockey seemingly in the running is Rachael Blackmore. She rides mainly for Henry De Bromhead but with Jack Kennedy breaking his leg she will ride some of Gordon Elliott’s horses too. Last year she joined Briony Frost in becoming the only two females Grade 1 winners at the Cheltenham Festival. She rode the 50/1 Minella Indo to victory.

Finally is the second most successful jockey in Cheltenham Festival history, Barry Geraghty. The two-time top jockey at the festival is priced at 5/1. He has ridden 38 winners in his career and is the leading jockey for owner JP McManus. As such he will ride for few different trainers over the festival and with 38 winners to his name you wouldn’t bet against him!

These aren’t just the only specials that Paddy Power are offering. They have odds on a variety of things such as What Race Will Have The Largest Winning Distance At Cheltenham 2020? and What Will The Biggest Winning SP Be at Cheltenham 2020?. On top of this, they also have a #WhatOddsPaddy section. Here you can find various specials on outcomes such as Gordon Elliott To Train 4 Or More Winners At The Cheltenham Festival and many more.

With just under a week to go until the festival starts, it’s worth looking soon before those specials disappear.

New customers only. Place your FIRST bet on any sportsbook market and if it loses we will refund your stake in CASH. Max refund for this offer is £20. Only deposits made using Cards or Paypal will qualify for this promotion. T&Cs apply. Paddy’s Rewards Club: Get a £10 free bet when you place 5x bets of £10+. T&Cs apply. 18+ begambleaware.org. Please bet responsibly. 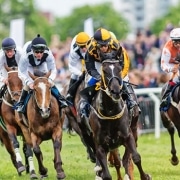 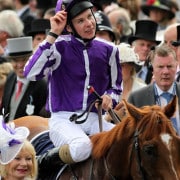 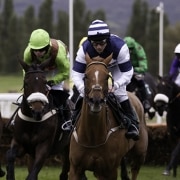