The final of this years Britain’s Got Talent will be aired on the 7th June and judges David Walliams, Alesha Dixon, Simon Cowell and Amanda Holden will be able to take a much needed break. This years ‘run’ has certainly discovered a few very talented performers, however, at times I thought the judges has lost their minds or were watching a completely different show.

They have made some very peculiar choices for the live semi finals, I could perhaps forgive Simon and put it down to sleep deprivation after his baby arrived mid series, he missed a few shows and the others went just a bit crazy. I’m sure some of the acts they put through were just a ‘wind up’ for the new Dad.

Fortunately it’s time for the ‘great British public’ to have their say and so far their choices for the Final are pretty spot on. So, who has a real chance of bagging the £250,000 cash prize and a spot at the Royal Variety Performance later this year?.

Collabro, the classical ‘boy band’ are hot, hot favourites to win [Paddy Power 7/4], at the moment, they have given a couple of spectacular performances which left the judges and most of the audience in tears. However, Bars & Melody at 5/4 are now the pre-final show favourites.

The boys have been joined by another classical singer, Lucy Kay [9/1], she looks every inch the star and sings like an angel. It looks like a bit of a ‘theme’ going on doesn’t it?, funnily enough the public seem to prefer a class act over novelty value!.

Darcy Oake [14/1], has caused some controversy, he’s Canadian not British, but easy on the eye and easily the best illusionist i’ve seen for a long, long time. I can’t see the Queen objecting, she is their Head of State after all and seems quite fond of the place!.

The best news of all, Diversity [luv em], will be making an appearance with Little Mix on Finals night. 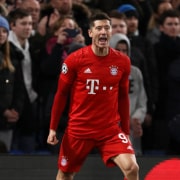 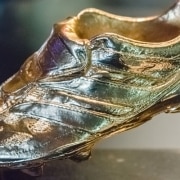 Gone To The Dogs

How To Do A Football Accumulator
Scroll to top