The Players Championship returns this weekend and BoyleSports are paying a huge ten places on any outright winner!

The most valuable tournament in golf takes place this weekend, the Players Championship at TPC Sawgrass. With a purse of $15 million, higher than another other competition in golf, the Players attracts fans and golfers from all over the world.

The Players first took place back in 1974, of which the greatest golfer of all time Jack Nicklaus came out on top. Since then, no one has won it more times than Nicklaus, who finished in first place, three times in his career.

TPC Sawgrass is a very tough but exciting course. It is home to the world-famous 17th Island Green, of which so many championships have been won and lost! BoyleSports are offering ten places on any each-way bets placed on any outright winner. They are paying out at 1/5 and given that the favourite is priced at 11/1, there is money to be made from this market!

The current world number one is the favourite for The Players, with four top-ten finishes in 2021. One of these includes a win at Augusta back in November, which was DJ’s first-ever Master’s win. He played fantastic at Augusta and looked in control from the first day.

Johnson has, however, never won this competition so this will have to be another first for him. His best finish was at the last Players in 2019, where he finished T5. Given is good form and the fact he’s world number one, this looks like a great bet. Even if he doesn’t finish, top we expect him to be up there and challenging on Sunday.

With no wins this season, but still world number two in Jon Rahm. He has five top-ten finishes, with his best being second at the Zozo Championship. Rahm is a fantastic golfer with a great career ahead of him. A win here would put him in good stead for this year’s upcoming majors, of which he is yet to win any.

Rahm is in good form, finishing four under par or better in his last eight competitions. He has struggled at the Players in the past, with his best finish being T12 in 2019. However, he has improved his score with each visit and at the age of 26 he is still fairly young in the golfing world. Rahm is capable of winning a tournament of this standard and will feel confident going into Thursday.

The phenomenon that is Bryson DeChambeau is one of the favourites, despite being ranked world number 11. He comes into the Players Championship off the back of a win at Arnold Palmer Invitational. This is Bryson’s second win of the season, winning the US Open right at the very start.

With DeChambeau it is all or nothing. As he is such a long hitter of the ball, hitting it further than we have ever seen, it’s going to go one way or another. If he is on form he can turn par fives into four and par fours into threes. However, if he is off, he can get himself into trouble very quickly, as he has shown already this season. DeChambeau has played just twice at the Players, his best being T20 in 2019. Since then though he has changed his game a lot and isn’t short of confidence in himself either!

As with every big golf event, McIlroy is always one of the favourites. Even though he isn’t in the best of form lately, you wouldn’t bet against him winning it. McIlroy has had three top tens this season so far, but only once has he not made it into the top 21. Rory is always up there but tends to fade away on a Sunday, so it’s usually down to that final day!

McIlroy has won this competition once before, back in 2019, making him the current reigning winner. On top of this, he has had three more top-ten finishes at TPC Sawgrass. Given that this competition, only five players have won it more than once, shows how hard it is. Rory knows what it takes to win around here and is due a win, with his last coming two years ago to the very date that this year’s Players starts.

The current world number three Thomas, like McIlroy, is yet to have a win this season. JT though has carded four top-tens. Thomas is a fantastic iron player and with narrow greens at TPC Sawgrass, this is exactly what you have to be.

When it comes to the Players though, Thomas has struggled slightly. He has just one top-ten in five visits, which was T3 in 2016. That being said we wouldn’t bet against JT. He is a fantastic golfer and number three in the world for a reason. If he can get his putter going, he will have every chance this weekend. 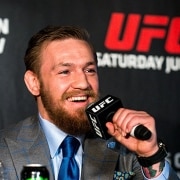