The Scottish Open starts this Thursday, and BoyleSports are paying eight places on EW winner bets for the European Tour event.

The Renaissance Club is hosting this year Scottish Open, as it also did last year. Usually, it takes place the week before The Open and acts as this final chance to qualify for the British Major.  The top three players who haven’t qualified yet for The Open will go on to play in the competition.

The Scottish Open was first played back in 1972 and since then there have been some huge winners. Phil Mickelson won it in 2013, followed by Justin Rose in 2014 and Rickie Fowler the year after.

BoyleSport are paying out eight places on the Scottish Open at 1/5. This is a great offer with some good golfers at very interesting prices.

The favourite for the Scottish Open is the highest-ranked golfer at the competition. Fleetwood is currently the world number 17 and is the best golfer there. However, his form of late has been poor which is probably why he isn’t lower priced. He missed the cut at the US Open but did come third in the Portugal Masters. Fleetwood needs something to change his overall form for the year and the Scottish Open could well be that. An EW bet would also bring in profit and Fleetwood should finish in at leas the top eight!

Another Englishman with a point to prove is Matt Fitzpatrick. He is the world number 20 but like Fleetwood, he missed the cut at the US Open. The fact though that this is the European Tour and he is one of the best there may help his confidence. In 2020, Fitzpatrick got himself five top-ten finishes showing he can be up there and in with a chance come the Sunday.

Last years winner is the Austrian Weisberger. He is ranked 33 in the world and cam T43 at the US Open. At 18/1 he is definitely worth an EW bet if not backed to win. He has shown he is in better form than the two above him having finished higher at the last major. On top of this, he has shown he can win at this course. Neither Fitzpatrick or Fleetwood played last year so he has the advantage on them in that respects.

The Belgian is one of the highest-ranked favourites, he is currently the world number 74. However, he finished higher than the three above him at the US Open coming T23. Pieters impressed there and this performance will have given him lots of confidence going into Thursday.

To find this offer and many more from BoyleSports, use the bet button below!

Will Juventus Make It Ten Titles In a Row? 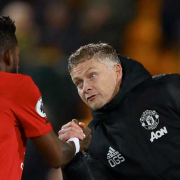 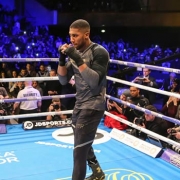