The 20/21 Premier League season starts this weekend and Betfair have a winner and top goalscorer double that is definitely worth a look at!

Picking a winner in the Premier Leauge is tough but also not an exciting bet. Realistically even though teams like Chelsea are having good transfers windows, it’ll probably be a two-horse race. Sometimes it’s best to look at alternative markets available on the Premier League.

City are the favourites this season, despite finishing 18 points behind at 8/11. They have made two transfers so far in Nathan Ake and Ferran Torres and are looking to bring in more before the window shuts.

Liverpool are the second favourites, which is surprising considering how comfortably they won the league last season. Klopp’s side are priced at 15/8 and have made just one signing in left-back Kostas Tsimikas. However, they are heavily linked with Thiago from Bayern Munich who would be a great addition.

So with all that being said and the odds not being great, maybe a look a Betfair’s Winner & Top Goalscorer Doubles 2020/21 could be worth a go. You chose who you think will win the league and who will finish top goalscorer for the season as a double. The odds in this market are good, with the shortest being 7/1!

This one surprised us that it was the favourite. Man City will be up their no doubt come to the end of the season, whether it is first or second. However, Aguero hasn’t finished top goalscorer since 2014/15. Last season he finished with 16 goals which was seven off of Jamie Vardy in first place with 23. That being said, he has the best goals to games ratio of any player with over 100 Premier League goals. The big one for this will be his fitness and how much Pep plays him!

This is the favourite to win the league, along with the favourite to finish as top goalscorer. Salah is currently priced at 5/1 to win his third Golden Boot in four seasons. Last year he managed 19 goals. Think looks a very interesting bet with them both being favourites. We wonder though whether if Salah finishes top goalscorer, will that not guide Liverpool to a second Premier League title? Either way, both Man City and Salah will be up there come May and at 9/1 its a great price.

One that all Liverpool fans would love to come in, is this one. Salah has finished the club’s top scorer now for three seasons in a row. Liverpool will be confident they can win the league next season after such a brilliant year last season. Salah is still the main man at Liverpool and he will be desperate to win back his Golden Boot after falling four short this season. At 12/1 it’s a high price for a bet that could very easily come in.

Since joining the Premier League, no player has scored more goals than Aubameyang. He is currently priced at 11/2 to finish the season as the top scorer. Aubameyang is consistently in the goals so is a safe bet on the top goalscorer part of the bet. Again at 20/1, it’s a good bet that we think has a good chance of coming in.

These are just a selection of some of the Winner & Top Goalscorer Doubles. There are over 30 different prices available on Paddy Power that are worth looking at before the Premier League kicks off on Saturday. 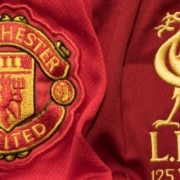 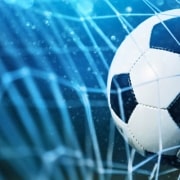 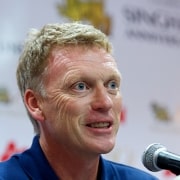